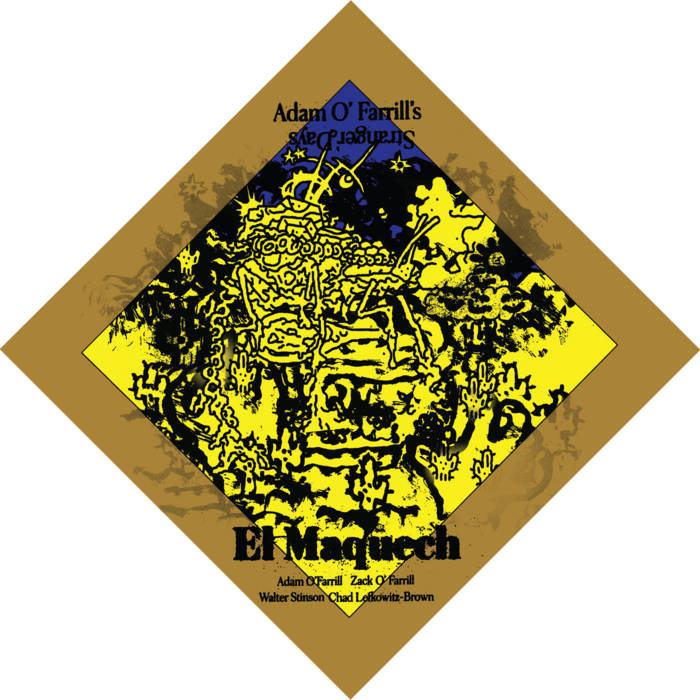 freejazzy They are somewhere outside going for a walk and are openly and sometimes emotionally talking to each other. Fortunately they've recorded this moment for those who are interested. Favorite track: El Maquech.

braddutzcollection the young trumpet master comes from a long line of great musicians this guy can compose as well. really nice creative tunes and a mix where you can really here the bass ...

El Maquech is both a documentation of music, and a reflection of the hang that created it. Recorded on a day off in Montreal, right in the middle of our first tour, we went into the studio after four nights of gigs in four different places [Easthampton, MA, New Haven, CT, Burlington, VT, and Montreal]. After Montreal, we had three more nights in Ithaca, NY, Benington, VT, and Bratleboro, VT. The timing of the session was perfect because it was right in the middle of the week, which meant that our sound had been simmering, but wasn’t overcooked. But also after a certain number of days and nights stuck with each other, we had somewhat broken a threshold in our daily interactions. It happens with any group of people that spend just the right amount of time together. So, being in the studio, there was definitely a raw fearlessness present in us, but also a heightened awareness, for better or worse, of how we sounded. I say for worse, because of the pressure of creating the euphoria of the live performance. But back to the notion of cooking, it’s almost as if the process of recording was the extra bit of heat the sound needed in that moment, to eventually become the album that it is today.
The repertoire on this album marks both a stylistic shift from and a further refinement of the sound established on this band’s first album, Stranger Days, which is the name of this band. Three of the songs derive from Mexican culture, including an indigenous Seris song (from Sonora), an arrangement of a song by Orquesta Jaranera Sonora Yucateca, and a piece inspired by Frida Kahlo’s painting, Henry Ford Hospital. Covers of Gabriel Garzon-Montano and Irving Berlin, as well as original works round out the rest of the set. I see Stranger Days as an opportunity to find the connection between all of these disparate places and people, and Chad, Walter, and Zack are extremely open and generous with their own contribution to achieving that.

Trumpeter and composer, [proudly] born and raised in Brooklyn, NY.

Bandcamp Daily  your guide to the world of Bandcamp

outré black metal, with a Victory Over the Sun interview and music from Liturgy and Jute Gyte.